Since the publication of the first “Dirty Harry” movie in 1971, the “Dirty Harry” film series, which stars Clint Eastwood as the title character, has been regarded as an essential component of both the crime and action cinema genres.

The films chronicle the adventures of Harry Callahan, a hardened and uncompromising police inspector who will make no concessions in his pursuit of justice for the wrongdoings of others. The “Dirty Harry” series has solidified Clint Eastwood’s position as a Hollywood legend thanks to its gritty realism, violent action scenes, and legendary one-liners.

As a result, the series has evolved into a cult classic. However, the series’ influence on the film is just one facet of its overall significance. There are a lot of intriguing facts regarding the “Dirty Harry” movies that are worth investigating.

Some of these facts include the real-life inspiration for the character, as well as the debate surrounding the use of excessive force. The purpose of this article is to go further into the series and discover the facts about the “Dirty Harry” movies that have contributed to the series’ long impact.

The Character of Dirty Harry 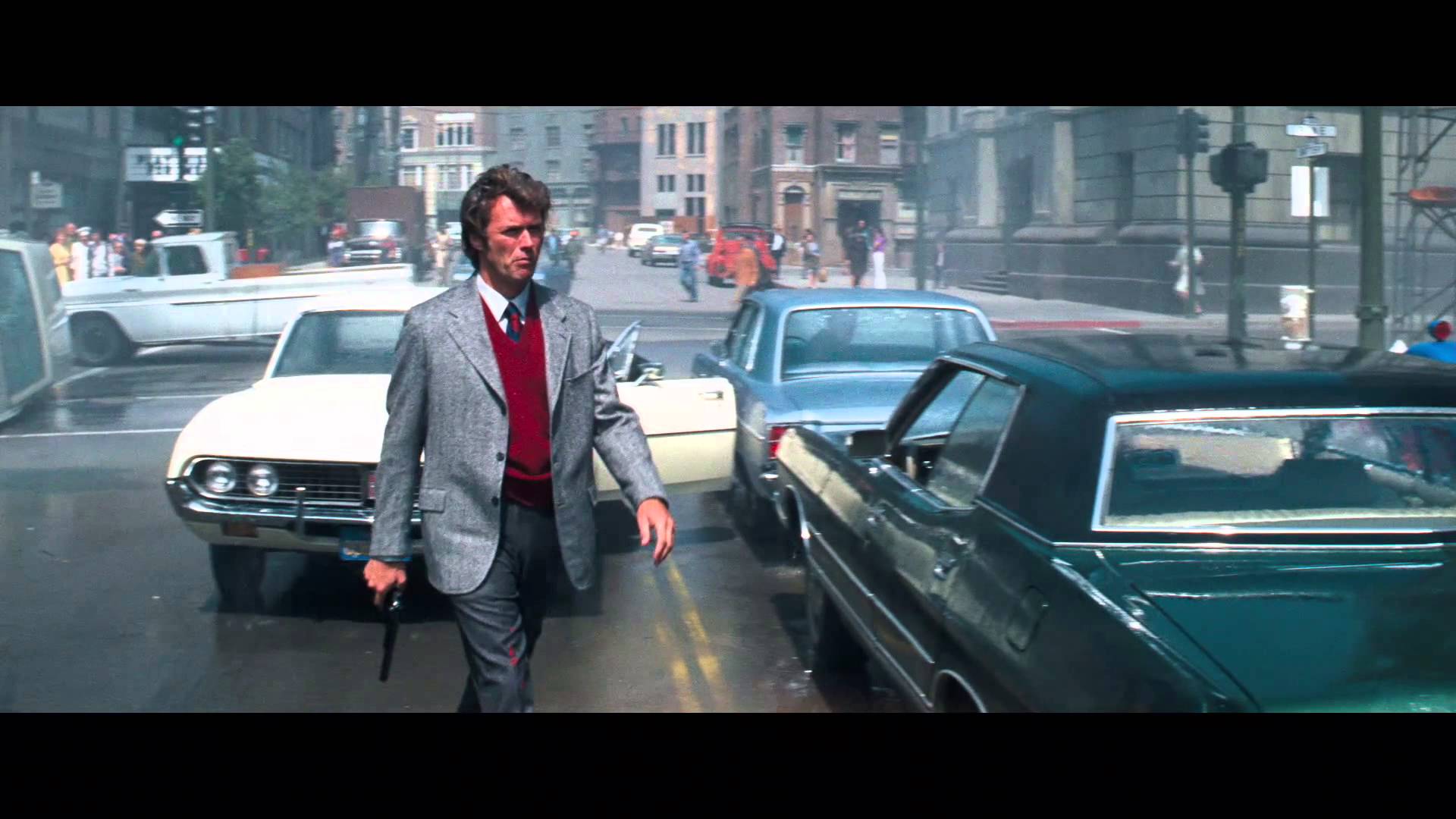 Dirty Harry, or Harry Callahan as he is more commonly known, is the protagonist of a number of films in the “Dirty Harry” franchise. The original film starring the character, released in 1971, was written by Harry Julian Fink. Clint Eastwood portrayed him throughout all five movies.

Dirty Harry has a reputation for being tough as nails, taking no nonsense, and doing whatever it takes to catch bad guys. A proficient marksman, he is often spotted firing his.44 Magnum revolver, which he has been known to describe as the “most powerful handgun in the world.” His sarcastic catchphrase “Do you feel lucky, punk?” has become a cultural touchstone, cementing his reputation for wit.

The time period in which the Dirty Harry films were made informs the character and personality of the title character. Filming took place during a period of rising crime, societal unrest, and public discontent with law enforcement.

To the public, Dirty Harry represented a new breed of law enforcement official, one who would not hesitate to break the rules in order to keep the peace. Many also admired him for being a fearless rebel who changed the face of law enforcement.

The impact of Dirty Harry on how police are portrayed in movies and television is immeasurable. Numerous films, TV shows, and other media have attempted to mimic or parody his style. Furthermore, he has been called out for advocating the use of excessive force and vigilantism. Fans continue to celebrate Dirty Harry as an iconic pop culture figure despite the criticism.

The Movies of Dirty Harry

The first film, “Dirty Harry,” follows Harry Callahan as he tracks down a serial killer known as Scorpio, who is terrorizing the city of San Francisco. Over $22 million was made from its worldwide release, and the film was nominated for four Oscars. The film’s success spawned four more installments, all of which starred Harry Callahan and dealt with different criminal cases.

Continuing in the same vein as the original film, the sequels “Magnum Force,” “The Enforcer,” “Sudden Impact,” and “The Dead Pool” all feature tense action scenes, realistic settings, and a murky morality. Each sequel made over $12 million at the box office, proving to be a commercial success.

But the reviews were all over the place, with some praising Eastwood’s performance and the series’ style while others panned it for its gore and shallowness.

The “Dirty Harry” films are now considered classics in their respective genres and have had a major impact on action and crime films. Both Eastwood’s portrayal of Harry Callahan and the.44 Magnum revolver have become cultural icons thanks to the films.

The series also influenced other movies, TV shows and series with similar premise, especially in the 70s and 80s. The series has a lasting legacy and continues to be celebrated by fans as one of the greatest cop movie series of all time.

Several actual police officers served as models for the fictional character of Dirty Harry, or Harry Callahan. A number of prominent law enforcement figures from the 1960s served as inspiration for screenwriter Harry Julian Fink as he developed the character of Joe Namath.

One of these figures was former LAPD detective and author of “The New Centurions” Joe Wambaugh. Fink was also influenced by Dave Toschi, the San Francisco Police Department’s “Dirty Harry” and a key figure in the investigation of the Zodiac Killer.

Dave Toschi, a former detective for the San Francisco Police Department and a real-life inspiration for the fictional character “Dirty Harry,” was a skilled and respected investigator known for his unconventional methods and propensity to break the rules.

And he always carried a.357 Magnum revolver, just like Harry Callahan’s in the movies, adding to his reputation for style. Toschi’s investigation into the Zodiac Killer was widely covered in the media, and he is often cited as an influence on the “Dirty Harry” series.

Overzealous police tactics and the morality of vigilantism have both been brought up in the context of the Dirty Harry character. Finally, while Dirty Harry is a work of fiction, he was clearly influenced by the work and attitudes of real police officers.

Despite the fact that he has been used to spark conversations about the use of excessive force and the ethics of vigilantism due to comparisons with real-life police officers, the character remains a cultural icon and a lasting legacy of the movies.

There is no denying the cultural impact of the “Dirty Harry” film series, starring Clint Eastwood as the title character, which has been felt ever since the first film was released in 1971. With his no-nonsense approach and signature catchphrase “Do you feel lucky, punk?,” Dirty Harry has come to represent the stereotype of the tough, no-nonsense detective.

The film’s influence on mainstream culture is reflected in the many imitations and allusions to the title character found elsewhere in film and television. The character has been lampooned in a number of comedic media, including “Hot Fuzz,” “The Naked Gun” series, “The Simpsons,” and “South Park.”

Iconic status has been achieved by the character. In addition, the 44 Magnum revolver has been featured in so many media that it has become an icon of authority and power.

The success of Dirty Harry is also reflected in the numerous imitations and homages paid to the film’s title character in other police dramas. Like Dirty Harry, many fictional characters in film and television have a tough, no-nonsense demeanor and are willing to bend the rules to catch criminals. Songs like “Dirty Harry” by Gorillaz and “Harry Callahan” by The Crystal Method make allusions to the character as well.

The character of Dirty Harry has been celebrated by fans for decades, and he remains a fan favorite to this day, attesting to the film’s enduring legacy and cultural significance. The “Dirty Harry” films are widely regarded as some of the finest examples of their genre.

Dirty Harry’s fans continue to gush over his no-nonsense demeanor and unyielding commitment to doing what’s right, making him an enduring cultural icon.

Since 1971, Clint Eastwood’s “Dirty Harry” film series has had a lasting impact on popular culture. Dirty Harry, with his no-nonsense attitude and catchphrase “Do you feel lucky, punk?”, epitomizes the gritty, hard-boiled detective archetype.

Dirty Harry’s portrayal of police officers has been imitated and parodied in many movies, TV shows, and other media. The character has been criticized for using excessive force and vigilantism, but fans still consider it one of the best cop movie series.

The series is remembered for its intense action, gritty realism, and moral ambiguity. Dirty Harry and his movies will live on in film history. From the origin and development of the character, to the real-life inspiration behind it, and its impact on popular culture. An in-depth look at the man, the myth and the facts.

The Legacy of Jackie Brown: Interesting Facts and Trivia

The Fascinating Facts You Didn’t Know About Liam Neeson