Facebook is making Virtual Reality highly social. And to do that the tech giants are releasing a beta version of its new FB spaces virtual reality app for the Oculus Rift and Oculus Touch.

The idea behind the FB spaces is to make VR feel much less like a solo experience, and more like you’re spending time together with your friends and family in a virtual world.

“VR has the promise to be the most powerful social platform,” Facebook’s head of social VR, Rachel Rubin Franklin, told the audience at Facebook’s F8 conference in San Jose, California.

Spaces are the same platform that CEO Mark Zuckerberg debuted at Facebook F8 2016. In his demo, the CEO confirmed how he should do such things as share motion pictures and play live games with two other users in VR. 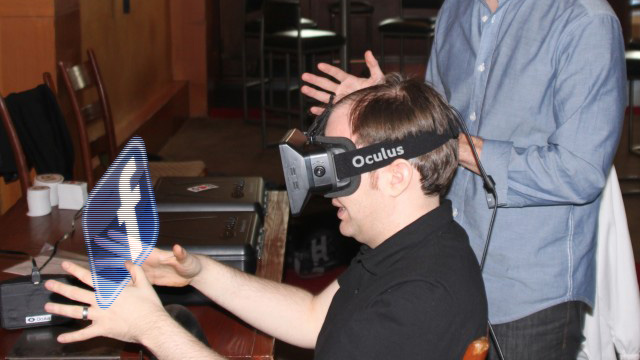 Spaces users will start their enjoy with the aid of creating an animated avatar that moves its mouth together with your speech via a microphone. In other words, it’ll look like your avatar is actually speaking your words. Using the Oculus Touch controls, you can draw an astronaut helmet and place it on top of some other person’s head.

Facebook says you’ll be capable of designing your avatar by using your personal pictures and then customize it with unique coloration hair, eyes, glasses and extra.

You’ll also be able to drag in pictures and videos from Facebook and show them off in spaces in real time. So in case you see a ridiculous video online, you can add it to your VR room and show it to your friends live.

Spaces will even allow you to add a boombox to your room and begin streaming music from your personal stored playlist.

There’s just one issue: there still aren’t many peoples that use VR headsets. Sure Samsung’s Gear VR is famous, however, hardcore systems just like the oculus rift haven’t reached crucial mass among users.

If spaces go to take off and turn out to be a sort of VR model of “2nd life,” FB will determine out a way to get Oculus headsets into more homes.