Clint Eastwood was born on May 31, 1930, in San Francisco, California. He was the fourth child of Clinton Eastwood Sr. and Ruth Wood. Eastwood was an avid reader and sports fan as a child, particularly swimming and baseball.

Eastwood’s acting career began in the 1950s with small roles in B-movies and TV shows like “Revenge of the Creature” and “Rawhide.” He rose to prominence for his role as Rowdy Yates in the popular TV western series “Rawhide,” which aired from 1959 to 1965.

Eastwood starred in a string of low-budget spaghetti Westerns in the 1960s, including “A Fistful of Dollars,” “For a Few Dollars More,” and “The Good, The Bad, and The Ugly.” These Sergio Leone-directed films helped Eastwood establish himself as a leading man and cemented his status as a Hollywood icon.

Throughout the 1970s, Eastwood continued to star in Westerns like “Hang ‘Em High” and “Two Mules for Sister Sara,” but he also experimented with other genres like crime dramas (“Dirty Harry”) and war films (“Kelly’s Heroes”). 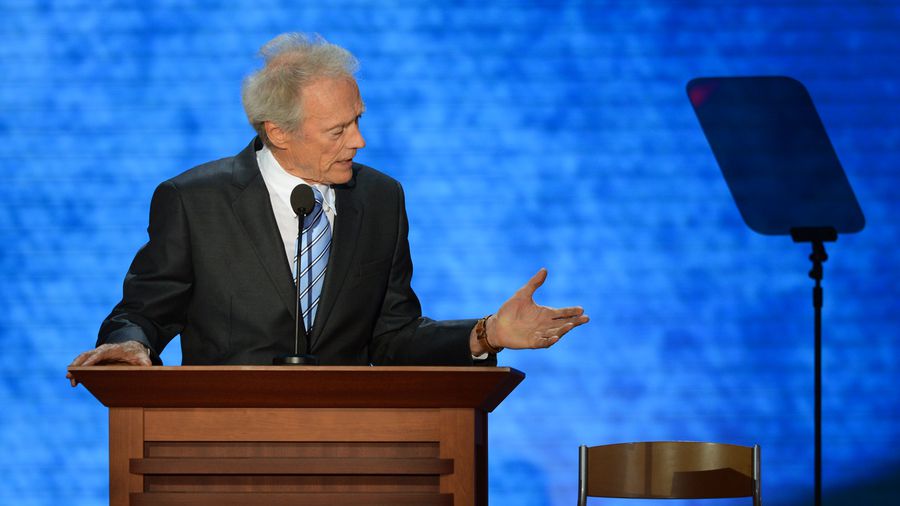 Clint Eastwood is known to hold conservative political views and has been a member of the Republican Party. He has publicly supported several Republican politicians, including Richard Nixon, Ronald Reagan, and John McCain. He also backed George H.W. Bush and his son George W. Bush in their presidential campaigns.

Eastwood was elected mayor of Carmel-by-the-Sea, California, in 1986, a position he held for two years. During his tenure, he worked to improve the city’s infrastructure and promote tourism. He also prohibited street performers and the wearing of high heels in Carmel’s central business district.

Some have criticized Eastwood for his political views, particularly his support for the Republican Party and conservative causes. In 2012, he delivered a speech at the Republican National Convention in which he addressed an empty chair as if it were President Obama, which some saw as disrespectful.

Despite the criticism, Eastwood has remained consistent in his political views and has used his platform to express them. He has even used his films to express his views, such as in “Gran Torino,” where the main character is a Vietnam veteran and retired auto worker who is a staunch supporter of the Second Amendment.

Overall, Eastwood’s political views and involvement have been a source of interest and debate throughout his career, and have frequently been linked to his public image and legacy as a Hollywood icon.

Clint Eastwood has had several relationships and has been married twice in his life. In 1953, he married Maggie Johnson, with whom he has two children, Kyle and Alison. The couple was married for over 30 years before divorcing in 1984.

Following his divorce, Eastwood began a 14-year relationship with actress Sondra Locke. The couple appeared in several films together, including “The Outlaw Josey Wales” and “Every Which Way But Loose.” Locke filed a palimony lawsuit against Eastwood in 1989, which was settled out of court.

Eastwood married Dina Ruiz, a television news anchor, in 1996. Morgan is the couple’s only child. However, Eastwood and Ruiz announced their separation and divorce in 2013.

Eastwood has also had relationships with other actresses, including Frances Fisher, whom he met while filming “Unforgiven” and was in a relationship with for several years.

Eastwood has been known to keep his personal life private, and despite spending most of his life in the spotlight, he has managed to keep a low profile when it comes to his relationships and personal affairs.

Eastwood has also had a close relationship with his children, particularly Kyle and Alison, who have worked with him on various projects over the years. He is also known to be a private person who keeps his personal life private.

Legacy in Hollywood and Pop Culture

Clint Eastwood has left an indelible mark on Hollywood and popular culture. Throughout his six-decade career, he has established himself as one of the most iconic actors and directors in the industry.

As an actor, Eastwood has played some of the most memorable characters in film history, including “Dirty Harry” Callahan, the “Man with No Name” in spaghetti Westerns, and the ageing gunslinger William Munny in “Unforgiven.” His performances have received critical acclaim, and he has received numerous awards and honors, including four Academy Awards and five Golden Globe Awards.

Eastwood has also had a significant influence on Hollywood as a director. He has directed and produced numerous critically acclaimed films, including “Unforgiven,” “Mystic River,” and “Million Dollar Baby,” which have earned him numerous accolades, including Academy Awards for Best Director and Best Picture.

Eastwood’s iconic roles, memorable quotes, and influence on other actors and filmmakers have made him a cultural icon. His image and persona have been referenced and parodied in popular culture, and his films have become American cinema staples.

Finally, Clint Eastwood has left a lasting legacy in Hollywood and popular culture. His contributions to the film industry as an actor, director, and producer have cemented his place as one of the most iconic figures in cinema history. His work is still admired and enjoyed by audiences all over the world, making him a true Hollywood legend. 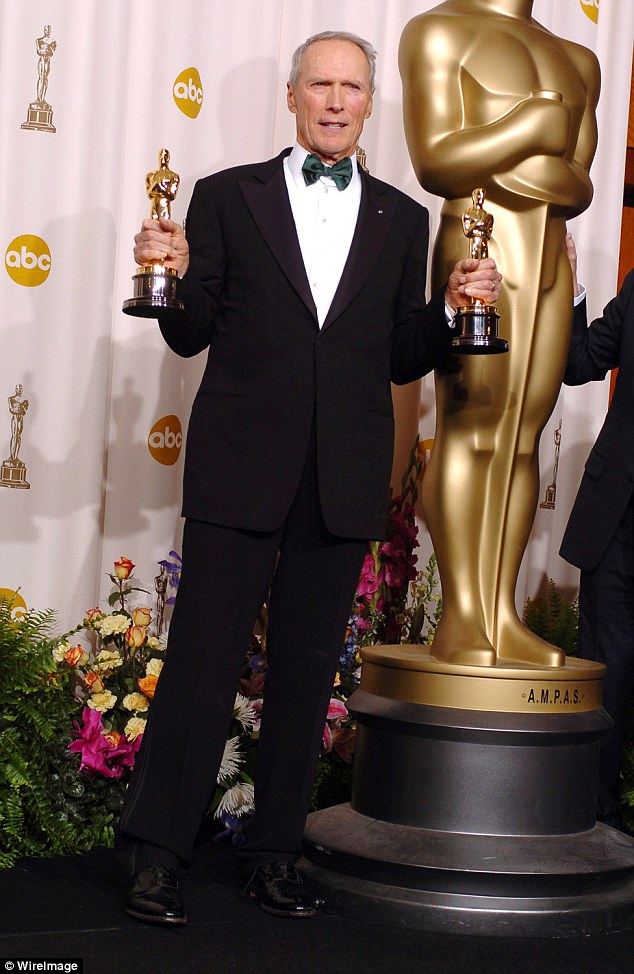 Throughout his career, Clint Eastwood has received numerous awards and honors in recognition of his contributions to the film industry as an actor, director, and producer.

Eastwood received four Academy Award nominations as an actor and won one for Best Director and one for Best Picture for “Million Dollar Baby” in 2005. He has also won five Golden Globe Awards, including the Cecil B. DeMille Lifetime Achievement Award in 1995.

In addition to the Kennedy Center Honors in 2009, the American Film Institute’s Life Achievement Award in 1996, and the National Medal of Arts in 2001, Eastwood has received numerous other awards and honors.

Eastwood’s contributions to the film industry as a director have also been recognized. He has received multiple Academy Award nominations for Best Director and Best Picture for films such as “Unforgiven,” “Mystic River,” and “Million Dollar Baby,” and has won both. He also won a DGA award for his performance in “Million Dollar Baby.”

Eastwood has received numerous other honors and recognitions throughout his career, including induction into the Western Performers Museum’s Hall of Fame and the Hall of Great Western Performers at the National Cowboy & Western Heritage Museum in Oklahoma City in 1997.

Eastwood’s awards and honors attest to his influence and contributions to the film industry, and his work is still revered and admired by audiences and industry professionals alike.

Clint Eastwood has a long history of charitable work and philanthropic efforts. Throughout his career, he has been an advocate for a variety of organizations and causes, including education, health, and the arts.

Education has been one of Eastwood’s main philanthropic efforts. He has been an outspoken supporter of the Boys & Girls Clubs of America and has served as the organization’s national spokesperson. Eastwood has also contributed to education by establishing the Clint Eastwood Scholarship Fund, which awards scholarships to deserving students.

Eastwood has also supported cancer research through the American Cancer Society and the Leukemia and Lymphoma Society.

Eastwood has also helped with disaster relief through the Red Cross and veterans through the Veterans Affairs National Rehabilitation Special Events Program.

Overall, Eastwood’s philanthropic efforts have been diverse, and he has consistently used his platform and resources to support a variety of causes and organizations close to his heart. His contributions have benefited many people and communities, and he remains a philanthropist.

Clint Eastwood is a Hollywood legend whose contributions to the film industry as an actor, director, and producer have cemented his place in cinema history. He has played some of the most memorable characters in film history, directed and produced critically acclaimed films, and has left a lasting impression on the Western genre.

Eastwood’s political views and involvement have been a source of interest and debate throughout his career, and his personal life has always been kept private. He has received numerous honors and awards for his work, including Academy Awards, Golden Globe Awards, and Kennedy Center Honors.

In addition to his work in the film industry, Eastwood has been a philanthropist his entire life, supporting a variety of organizations and causes such as education, health, and the arts. His contributions have had a positive impact on many people and communities, and his philanthropic efforts have been widely recognized.

Clint Eastwood’s life and career have been defined by hard work, determination, and a commitment to excellence. He continues to be an inspiration to many, and his legacy in Hollywood and popular culture will be remembered for many years to come.

The Shawshank Redemption: The Facts vs. The Fiction