The Shawshank Redemption is a classic film directed by Frank Darabont and released in 1994. Stephen King’s novellas Rita Hayworth and Shawshank Redemption inspired the film. The plot revolves around a man named Andy Dufresne, who is wrongfully convicted of murder and sent to Shawshank Prison, and his friendship with a fellow inmate named Red.

The plot of the film is set in the 1940s and 1950s, when Andy Dufresne is sentenced to two life sentences for the murder of his wife and her lover, despite his innocence. He befriends Ellis “Red” Redding, an inmate who can get anything for anyone in the prison.

Andy has used his banking knowledge over the years to assist the Warden and other guards with financial matters. Andy’s friendship with Red, as well as his quiet determination, helps him find a sense of hope and purpose as the years pass.

Behind the Scenes Facts 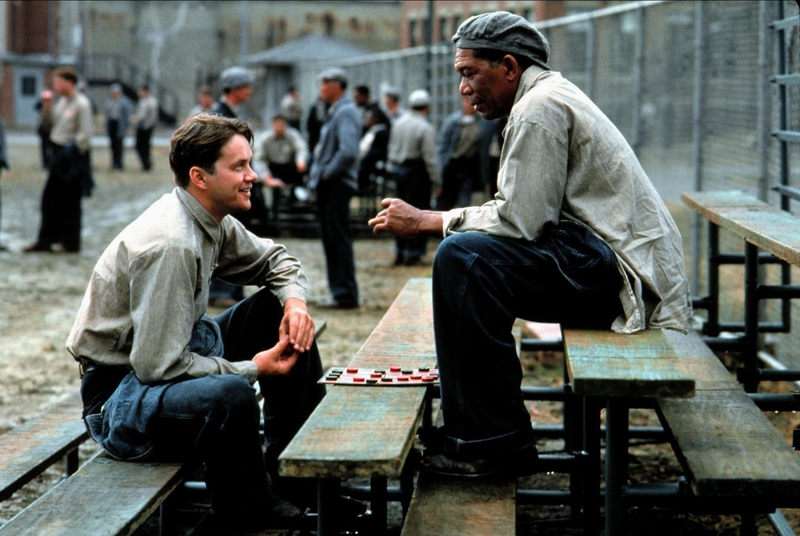 Stephen King’s short story “The Shawshank Redemption” was first published in Different Seasons, a collection of novellas, in 1982. The film’s director, Frank Darabont, discovered the story and was immediately drawn to it.

He bought the rights to the story withto turninto a feature film. It took him years to secure funding and get the film made. The film was not a box office success upon its initial release, grossing only $18 million against its $25 million budget.

The film was not well-promoted, and it was released during a busy period in the 1994 release calendar, making it difficult for the film to find an audience. However, critical acclaim, positive word-of-mouth, and strong VHS and cable airings helped it become a cult classic.

The role of Andy Dufresne was offered to Tim Robbins before the script was even finished; Robbins had previously worked with Darabont on his directorial debut, Buried Alive. Darabont’s first choice for the role was Robbins, who he thought would be ideal for the role.

Morgan Freeman’s character, Red, was originally written as a white Irishman, but Freeman was Darabont’s first choice for the role, and the character was changed to accommodate him.

Freeman was initially hesitant to take the role because he felt Red was not a significant enough part, but after reading the script, he was convinced that the role was an excellent opportunity to work with Tim Robbins and be a part of a compelling story.

Thomas Newman composed the film’s soundtrack, which was praised for its ability to enhance the emotional tone of the film and its incorporation of classical music and period-appropriate songs.

The film was made on a shoestring budget of $25 million, with the majority of the funds going toward the construction of the prison set. The filmmakers had to setting within a limited budget and be extremely resourceful in order to make the film to realistic as possible.

The filming location, the Ohio State Reformatory, had been closed and was in disrepair. Before filming could begin, the production crew had to spend weeks cleaning and repairing the prison. To make it look like a working prison, they had to clear debris, repair leaks, and repaint the walls.

The film’s iconic poster depicts a large rock breaking through a wall, symbolizing Andy’s escape from Shawshank. The rock was added digitally in post-production because the production team couldn’t find a suitable location to shoot the scene.

The team decided to use the Ohio State Reformatory for exterior shots and a smaller replica of the prison for interiors. The film was shot in sequence, which allowed the actors to develop their characters over time and feel the passage of time.

The film’s special effects were minimal; the filmmakers used practical effects, such as rain in the final scene, which was achieved by spraying water from a fire hose. The film was shot in 53 days, which is relatively short for a feature film.

The film’s cinematographer, Roger Deakins, is known for his work on films such as Fargo, No Country for Old Men, and 1917. He was responsible for the film’s visually striking look and received critical acclaim for his work on the film.

Tim Robbins, who played Andy Dufresne, was also an executive producer on the film. He had a big influence on the casting and was instrumental in getting Morgan Freeman on board as “Red”.

The film’s director, Frank Darabont, also wrote the screenplay; he had previously worked with Stephen King on a film adaptation of his story “The Woman in the Room” and had a strong passion for adapting King’s stories. His first feature film as a director was “Buried Alive,” a TV movie.

The Shawshank Redemption was Tim Robbins and Morgan Freeman’s first collaboration, but they went on to collaborate in several other films, including The Bucket List and Going in Style.

Check Out Also:  Level Up Your Gaming with the CyberPowerPC Mouse: Exploring DPI Settings

The soundtrack, composed by Thomas Newman, adds to the emotional tone of the film and includes a variety of classical music and period-appropriate songs.

The film has been adapted into a stage play and an opera, both of which have been well received. The film’s themes of hope and friendship continue to resonate with audiences, making it a timeless classic.

The film’s popularity has resulted in the preservation of the Ohio State Reformatory, which was used as the filming location for Shawshank Redemption; it is now a museum open to the public and attracts thousands of visitors each year.

The Shawshank Redemption is a timeless classic. From its humble beginnings as a short story by Stephen King to its current status as a beloved classic, the film has captured the hearts of audiences all over the world.

With its themes of hope and redemption, powerful performances by Tim Robbins and Morgan Freeman, and visually stunning cinematography, the film continues to resonate with audiences of all ages.

Behind-the-scenes trivia and unknown facts about the film’s production, casting, and location, as well as its cultural impact, all contribute to its enduring legacy. The Shawshank Redemption is a film that will be appreciated and remembered for many years to come.

Decoding the Facts about “Gisaengchung” in “Parasite”