The Black Hand is a crime drama with historical overtones about a real-life criminal organization of the same name that operated in the early 20th century. The group’s influence in political and social events of the time and its elaborate extortion schemes made it well-known.

This film sheds light on the previously hidden history of the Black Hand, a group that was once a dominant political force in the Balkans. The political tensions of the time are contextualized alongside the group’s ideology, goals, and activities in this documentary film.

This summary will analyze the film’s portrayal of the Black Hand group and provide an assessment of how accurately it sticks to historical events. It will also shed light on the background of the Black Hand and its effects on the area at the turn of the twentieth century.

It will evaluate the film’s accuracy and success in depicting the Black Hand organization by analyzing the film’s historical context, characters, and plot. 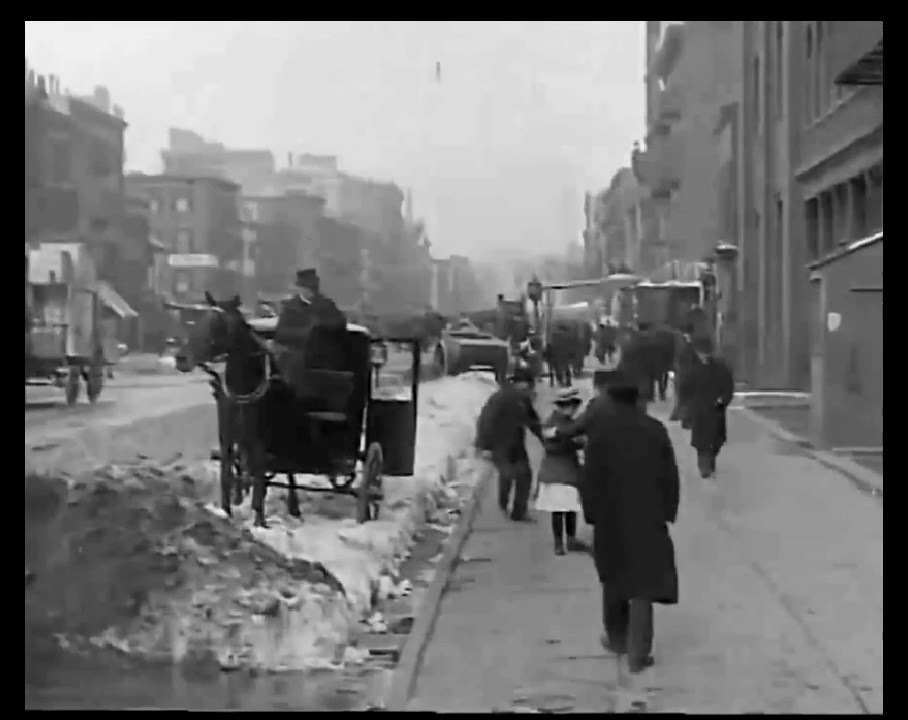 The Black Hand was a clandestine criminal organization that was active in the early 20th century. It was also known by the name “Ujedinjenje ili Smrt,” which translates to “Union or Death.” Its primary area of operation was the Kingdom of Serbia, and it eventually expanded its operations into the Kingdom of Yugoslavia.

Late in the 19th century, a group of young nationalists who were working toward the goal of creating a unified Yugoslavia and uniting the people of South Slavic countries came together to join the organization.

The primary objective of the Black Hand was to secure for the Southern Slavs, from the Austro-Hungarian Empire, the right to self-government.

Assassinations, extortion, and blackmail were among the operations carried out by The Black Hand. They were notorious for their complex extortion schemes, which often included of threatening affluent people and corporations with physical harm if the targets did not pay up significant amounts of money.

A substantial part was also played by the organization in the political and social happenings of the historical period, including the murder of Archduke Franz Ferdinand in 1914, which was a contributing factor in the beginning of World War I.

The movie’s depiction of the Black Hand organization is, for the most part, true with regard to the founding of the organisation, its aims, and the acts it engages in. The video gives an authentic depiction of the nationalist ideals held by the organization as well as the political tensions that existed during the historical period.

The movie, on the other hand, takes certain creative liberties in its portrayal of the actions of the organization by, for example, presenting them participating in more violent and dramatic deeds than what has been officially reported. 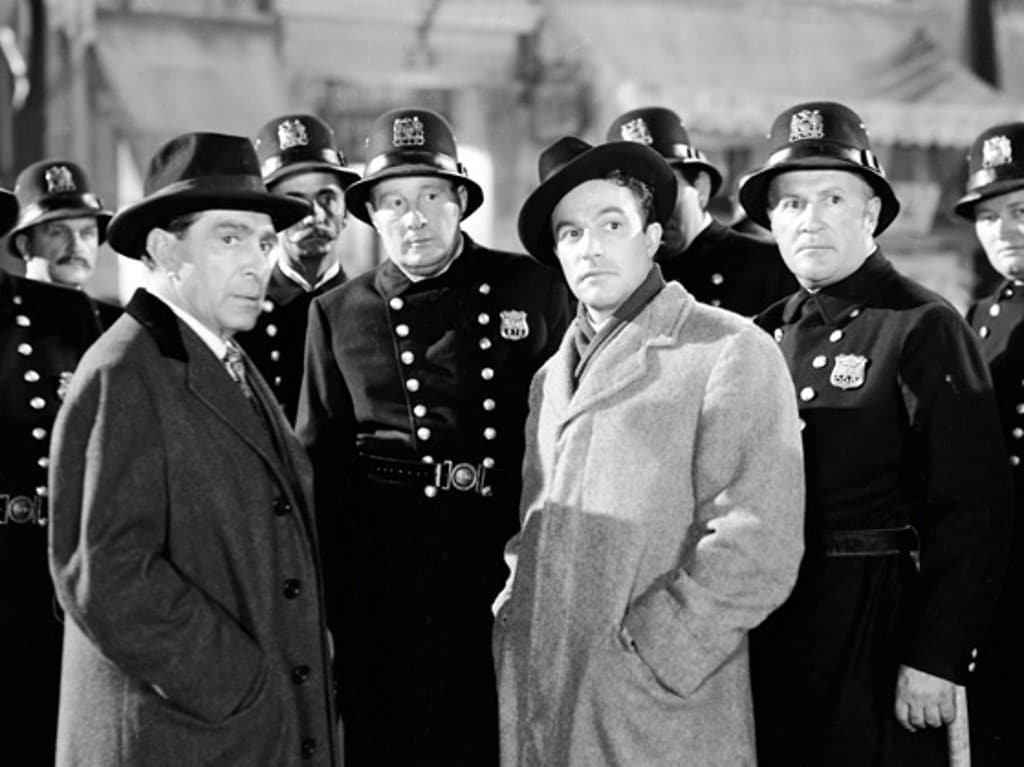 Petar, a young police officer, is the protagonist of the film Black Hand. He is given the mission of infiltrating the Black Hand group in order to get information and put its leaders to justice.

Petar is a made-up character who was developed specifically for the film; nonetheless, the part he plays in the narrative is inspired by actual law enforcement personnel who were engaged in the investigation of the Black Hand.

The primary characters in the film are portrayed in a manner that is, for the most part, faithful to how they appeared in real life. For instance, the character of Colonel Dragutin Dimitrijevi, who serves as the head of the Black Hand in the movie, is modeled by a historical man who really served in a similar capacity inside the organization in real life.

The movie also presents the group’s core actors and their ideals in a realistic manner; however, the movie does take certain creative liberties in describing the characters’ motivations and conduct. The story of the film is inspired by real-life occurrences, but it also incorporates a number of parts that are fictitious.

The movie portrays the political tensions of the time period as well as the operations of the gang in a realistic manner; nevertheless, it also contains certain dramatic and action-packed moments that are not based on historical truth and are completely fictional. The organization is portrayed in the movie as being more vicious and powerful than it really was in real life.

The Origins and Ideologies of the Black Hand

The Black Hand was founded by young Serbian nationalists in the late 19th century. These people wanted to unify Slavs and form an unified Yugoslavia since Southern Slavs had little autonomy in the Austro-Hungarian Empire. The Freemasons and Carbonari, who promoted nationalism and revolt, significantly inspired them.

The Black Hand sought Southern Slav sovereignty from the Austro-Hungarian Empire and an unified Yugoslavia. They felt sabotage, extortion, and murder could accomplish this. The organization also wanted a Slavic-dominated society. Pan-Slavism, which desired to unify all Slavs under one state, shaped their beliefs.

The Black Hand was also anti-Austro-Hungarian and anti-Ottoman. They wanted to topple these powers to free the Southern Slavs. The notion of a “Greater Serbia”—a bigger state including all Southern Slav territories—influenced the group’s founders.

In conclusion, the Black Hand was founded in the late 19th century by a group of young nationalists who wanted Southern Slav autonomy and an unified Yugoslavia. Pan-Slavism, nationalism, revolution, anti-Austro-Hungarian and anti-Ottoman emotion, and the vision of “Greater Serbia” shaped their philosophies.

Early 20th-century politics and society were shaped by the Black Hand. The organization wanted to construct an unified Yugoslavia and seek autonomy for the Southern Slavs from the Austro-Hungarian Empire by sabotage, extortion, and murder.

In 1914, Archduke Franz Ferdinand was assassinated, starting World War I. Black Hand members plotted and carried out the killing, which changed world politics and history. After the killing, the Austro-Hungarian Empire declared war on Serbia, which sparked World War I.

Political and social climates were also affected by the group’s actions. Serbia’s economy and inhabitants suffered from the group’s extortion operations. Political instability was also caused by their sabotage and murder. Nationalism and ethnic tensions increased due to the group’s ideologies and actions.

Internationally, the Black Hand’s actions had an impact. Other European powers were concerned about the group’s ideologies and activities, and their role in the assassination of Archduke Franz Ferdinand increased tensions between Austria-Hungary and Serbia.

The Black Hand’s Activities and Impact

The Black Hand extorted, blackmailed, and killed. Their complex extortion methods sometimes entailed threatening affluent people and companies with harm if they did not pay significant amounts of money. The organization exploited its covert relationships to obtain information and influence politics.

The Black Hand also affected Serbia-Austria relations. The group’s sabotage and assassination raised tensions between the two nations and helped bring down the Austro-Hungarian Empire.

The Black Hand extorted, blackmailed, and assassinated. Their complex extortion methods sometimes entailed threatening affluent people and companies with harm if they did not pay significant amounts of money.

The gang also influenced political and social events, notably the 1914 murder of Archduke Franz Ferdinand, which started World War I. Their actions hurt the Kingdom of Serbia’s economy and population, as well as the Austro-Hungarian Empire and the globe.

The Black Hand organization was founded in the late 19th century by young nationalists who wanted Southern Slav autonomy and an unified Yugoslavia. Pan-Slavism, nationalism, revolution, anti-Austro-Hungarian and anti-Ottoman emotion, and the vision of “Greater Serbia” shaped their philosophies.

The Black Hand extorted, blackmailed, and killed. Their sabotage and political murder, most notably the assassination of Archduke Franz Ferdinand, started World War I.

The film gives viewers an insight of the group’s ideology, ambitions, and operations, as well as the political tensions of the early 20th century. Find out how this organization contributed to the beginning of World War I and the murder of Archduke Franz Ferdinand. Viewers will be captivated and educated as they learn about the Black Hand’s global influence.

The Black Hand movie is a fascinating and compelling look at a little-known historical event, and although it is not historically accurate, it is a good starting place for understanding about the Black Hand group.

The Fascinating Facts You Didn’t Know About Liam Neeson