The name Will Smith is well-known in the entertainment world. As an actor, rapper, and producer, he has had a successful career. Smith started out as a rapper in the late 1980s before quickly transitioning to acting and rising to fame on television thanks to his hit show “The Fresh Prince of Bel-Air.”

He later starred in box office hits like “Bad Boys,” “Men in Black,” and “Independence Day.” In addition to his acting career, Smith has had a successful music career, releasing numerous hit albums and earning Grammy nominations.

His production company, Overbrook Entertainment, creates well-liked motion pictures and television programs. Will Smith has established himself as a multifaceted icon in the entertainment industry with a career spanning more than three decades. 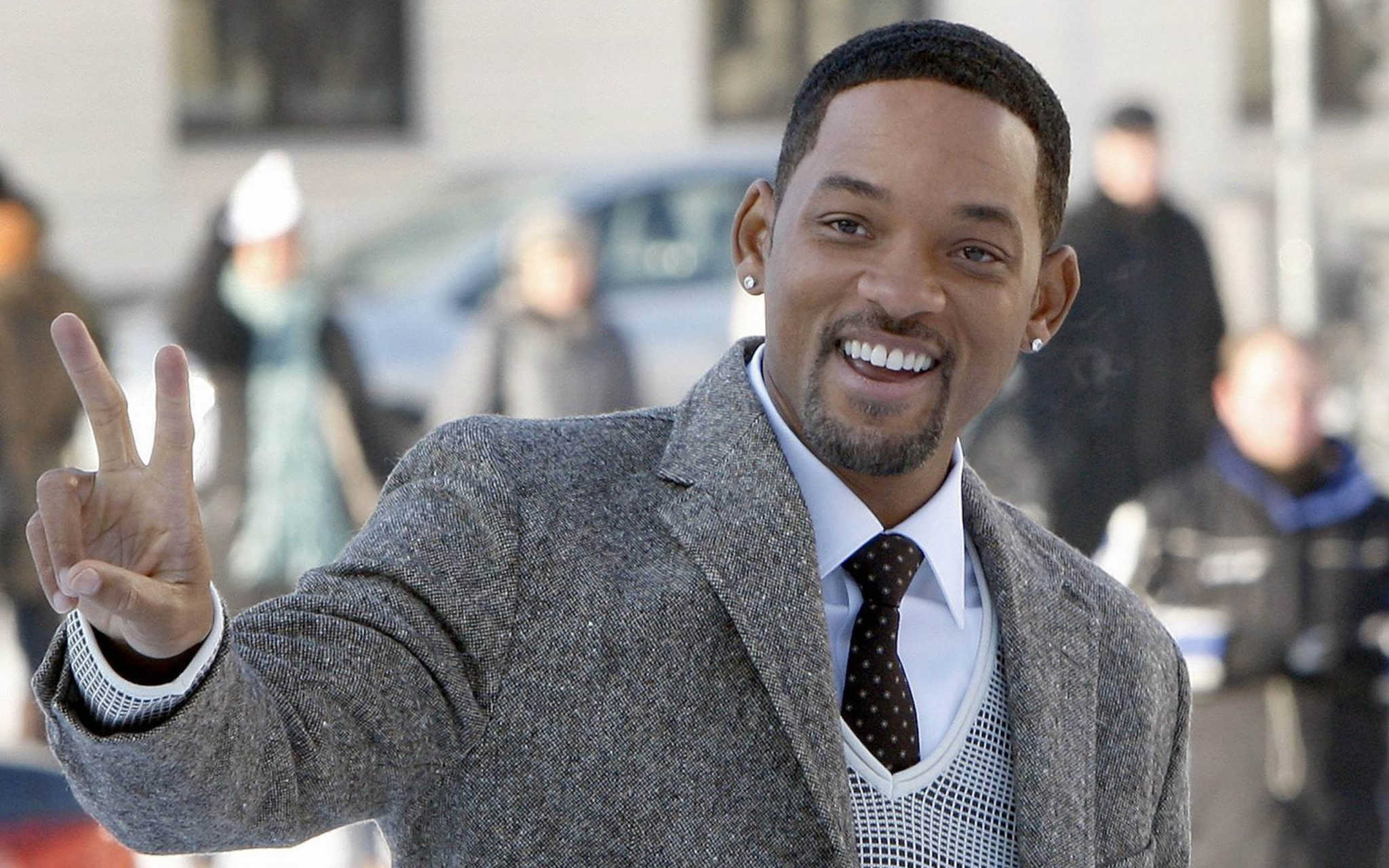 Will Smith was born in 1968 in West Philadelphia. As a teenager, he began rapping under the name “The Fresh Prince” and quickly gained attention for his unique style and lyrical talent. In 1987, he signed to Jive Records and released his debut album “Rock the House.”

The album featured the hit single “Girls Ain’t Nothing But Trouble,” which became a commercial success and helped establish Smith as a rising star in the rap music scene.

In addition to his music career, Smith also began to make a name for himself in television. In 1990, he starred in the hit sitcom “The Fresh Prince of Bel-Air,” which ran for six seasons and cemented his status as a television star.

The show followed the life of a street-smart teenager from Philadelphia who is sent to live with his wealthy relatives in Bel-Air, California. The show was a huge success and made Smith a household name.

After the end of “The Fresh Prince of Bel-Air,” Smith transitioned to film, making his big-screen debut in the 1995 action film “Bad Boys” alongside Martin Lawrence. The film was a box office success and led to a sequel.

He then starred in blockbuster films such as “Independence Day” and “Men in Black,” solidifying his status as a leading man in Hollywood. Smith’s acting career continued to flourish with acclaimed performances in films such as “Ali” and “The Pursuit of Happyness,” for which he received Academy Award nominations. 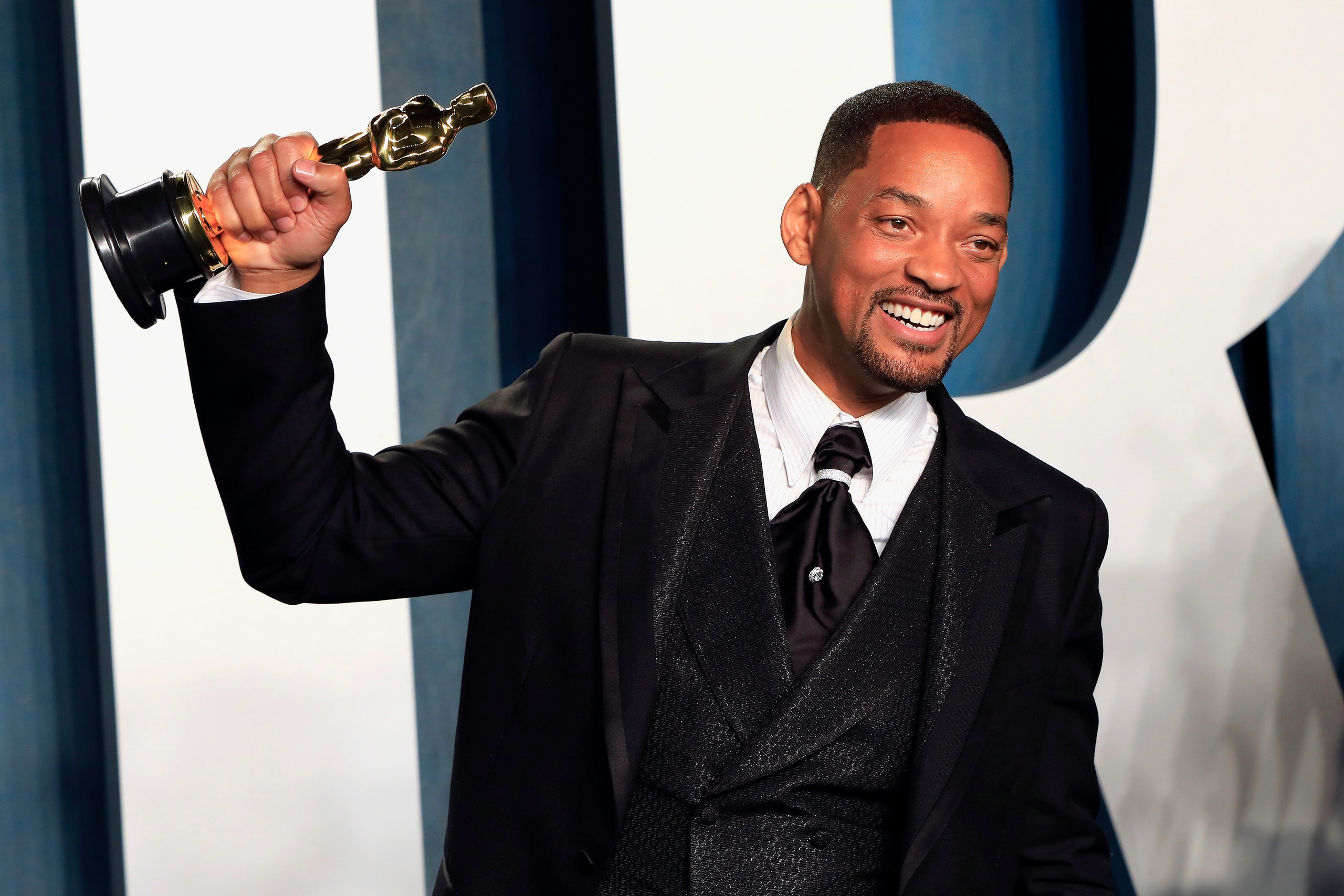 With his portrayal of the title character Will Smith in the popular television series “The Fresh Prince of Bel-Air,” Will Smith’s acting career really took off. He gained notoriety thanks to the six seasons of the show.

Smith made his big-screen debut in the 1995 action movie “Bad Boys” with Martin Lawrence after the series came to an end. The movie was a financial success, and a sequel followed. Then, after becoming a leading man in Hollywood, he appeared in big-budget movies like “Independence Day” and “Men in Black.”

With his roles in movies like “Ali” and “The Pursuit of Happyness,” for which he received Academy Award nominations, Smith continued to demonstrate his acting prowess. Smith had to put in a lot of physical training and research for his role as Muhammad Ali in “Ali,” which called for him to accurately portray the legendary boxer.

Smith portrayed a struggling single father in “The Pursuit of Happiness” who battles homelessness and poverty in order to support his family. Smith’s performance in the movie received high praise from critics and audiences alike.

Smith has played a variety of roles throughout his acting career, demonstrating his versatility. He has acted in comedies, dramas, action movies, and science fiction movies.

Additionally, he has collaborated with some of the best filmmakers in the business, including Michael Mann, Barry Sonnenfeld, and Ang Lee. Additionally, he has served as the executive producer and producer of a number of movies and television programs, including the Netflix series “Bright.” He has become one of Hollywood’s most sought-after actors thanks to his ability to adapt and change with the business.

In the late 1980s and early 1990s, Will Smith began his musical career as a rapper going by the stage name “The Fresh Prince.” In 1987, he released “Rock the House,” his debut album, which featured the number-one single “Girls Ain’t Nothing But Trouble.”

His albums have received multi-platinum certification, and over 8.7 million records have been sold worldwide during his musical career. For his work as a rapper, he was nominated for several Grammy awards.

Smith continued to release music throughout his career despite his success as an actor, releasing albums like “Big Willie Style” and “Willennium.” Along with working together with other musicians and producers, he also produced a large number of his own songs.

Additionally, he put out the popular singles “Switch,” “Miami,” and “Just the Two of Us,” all of which reached the top of the charts. Smith has a devoted following thanks to the catchy beats, clever lyrics, and upbeat attitude that frequently appear in his music.

Smith’s acting career has been complemented by his music career, which has given him the chance to show off his abilities in various fields. He has become one of the most popular and versatile entertainers in the business thanks to his ability to balance his acting and music careers.

Check Out Also:  The Power Of Your Dark Motivation And How To Unleash It!

He has also released songs that were included in soundtracks as a means of promoting his movies and television shows.

In addition to his successful career as an actor and musician, Will Smith has also made a name for himself as a producer. He has produced films and television shows under his production company, Overbrook Entertainment.
Overbrook Entertainment was founded in 1998, and it has produced a number of successful films and television shows, including “Hitch,” “The Karate Kid,” and “I Am Legend.”

One of Smith’s most notable producing projects is the romantic comedy “Hitch,” which starred Smith as the lead. The film was a commercial and critical success, grossing over $368 million worldwide.

Another notable project is the “The Karate Kid” a 2010 reboot of the classic 1984 film of the same name, which starred Jaden Smith and Jackie Chan, grossed over $359 million worldwide.

Smith has also produced several television shows, including the Netflix series “Bright,” which was released in 2017 and starred Smith. The show was a commercial success, and it was well-received by critics, however it only lasted one season.

Smith has been able to use his producing skills to create a variety of content that appeals to different audiences. He has produced films and television shows across different genres, from romantic comedies to action films to science fiction.

His ability to produce and develop successful projects has made him one of the most successful and respected producers in the industry.

Will Smith has had a successful career in the entertainment industry, but he also has a personal life that is just as noteworthy. He has been married to actress Jada Pinkett Smith since 1997, and the couple has two children together, Jaden and Willow. He also has a son, Trey, from a previous marriage.

Smith is known for his commitment to his family and often speaks publicly about the importance of family and how they support him. He and Jada have also been vocal about their strong marriage, which has stood the test of time.

In addition to his family, Smith is also known for his dedication to fitness and healthy living. He is known for his strict workout regimen and has been seen working out on several occasions. He is also a vegetarian and is known for his healthy eating habits.

Smith’s personal life has been a source of inspiration for many, and his ability to balance his career and family life is admired by many. He is known for his down-to-earth personality and his commitment to his family and community.

Will Smith is a multifaceted icon in the entertainment industry, known for his successful career as an actor, rapper, and producer. He began his career as a rapper under the name “The Fresh Prince” and quickly transitioned to acting with his hit television show “The Fresh Prince of Bel-Air.”

He then went on to star in blockbuster films such as “Bad Boys,” “Men in Black,” and “Independence Day.” In addition to his acting career, Smith has also had a successful music career, releasing several hit albums and earning Grammy nominations.

He is also a respected producer, producing hit films and television shows under his production company, Overbrook Entertainment.

Throughout his career, Smith has shown his versatility and ability to adapt to different roles and genres. He has received critical acclaim for his performances in films such as “Ali” and “The Pursuit of Happyness,” and has been nominated for Academy Awards.

Smith’s personal life is also noteworthy, known for his commitment to his family and healthy living. He has been married to actress Jada Pinkett Smith since 1997 and is a father of three children. He and his family are also involved in various philanthropic and social causes.

Will Smith’s impact on the entertainment industry is undeniable, he has been a leading man in Hollywood for over three decades and continues to be successful in his career. His ability to balance his career, family, and personal life is an inspiration for many.

Exploring the Facts about Symbolism in Django Unchained