“Catch Me If You Can” is a 2002 film directed by Steven Spielberg and starring Leonardo DiCaprio as Frank Abagnale Jr., a real-life con artist who committed fraud worth millions of dollars by assuming various identities such as pilot, doctor, and lawyer.

The film is based on Abagnale’s 1980 autobiography of the same name, co-written with Stan Redding. The movie tells the story of Frank Abagnale Jr. and his incredible journey as a master imposter, who successfully posed as a pilot, a doctor, and a lawyer, and cashed millions of dollars worth of fraudulent checks.

He was able to evade law enforcement for several years before finally being caught by the FBI in the late 1960s. The movie takes the audience through Abagnale’s life, showcasing his cons, his capture, and his eventual redemption. The story of Frank Abagnale Jr. is not only a cautionary tale but also a testament to the ingenuity and the power of human will.

Frank Abagnale Jr. was born in 1948 in Bronxville, New York, to a middle-class family. His father, Frank Sr., was a successful businessman, but the family’s financial stability was put in jeopardy after his father’s business went bankrupt.

This event, along with his parents’ divorce, had a profound impact on Abagnale Jr. and contributed to his later actions.

As a child, Abagnale Jr. was fascinated by the jet-set lifestyle and often dreamed of traveling the world and living a lavish lifestyle. He was particularly interested in the world of aviation, and this interest stayed with him throughout his life.

Abagnale Jr. was a good student and had a high IQ. He was also a talented athlete, playing football and basketball in high school. He had a charismatic personality and was well-liked by his peers.

He moved to New York with his father after the divorce and struggled to adjust to the new environment. He was frustrated with his father’s financial struggles and was determined to not have to live that kind of life.

Abagnale Jr. began to experiment with fraud at a young age, starting with passing bad checks. He was able to charm and deceive people, which eventually led him to assume multiple identities and commit larger frauds, in an attempt to live the life he dreamed of. 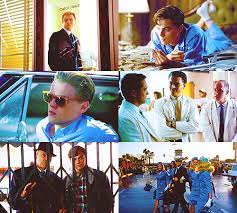 At the age of 16, Frank Abagnale Jr. began his career as a con artist by passing bad checks. He assumed multiple identities, including that of a Pan Am pilot, a pediatrician, and a lawyer, and was able to obtain fake identification by creating counterfeit documents and using charm and deception to convince officials to issue him legitimate credentials.

Check Out Also:  Get Your Twerk On: The Top 15 Best Twerkers Of All Time

Abagnale is estimated to have stolen millions of dollars over the course of several years through check fraud. He was able to cash more than $2.5 million in fraudulent checks in all 50 states and 26 foreign countries before he was 21 years old.

Frank Abagnale Jr.’s criminal activities eventually caught the attention of the FBI, who put him on their most-wanted list in 1969. The FBI, led by Agent Carl Hanratty (played by Tom Hanks in the movie), was determined to track him down and bring him to justice.

After serving his sentence, Frank Abagnale Jr. decided to use his knowledge and experience to help prevent others from committing fraud. He became a consultant and speaker on fraud detection and forgery prevention, working with the FBI and other law enforcement agencies.

He provided valuable information to the FBI and other law enforcement agencies on how to detect and prevent check fraud and identity theft.

His story has been widely covered in the media, including the aforementioned book and film. He has also provided expert testimony in court cases involving check fraud and identity theft.

Abagnale’s story has been adapted into a number of different forms of media, including books, movies, and TV shows. His story is still studied and referenced in the field of fraud prevention as an example of the ingenuity and strategies used by con-artists.

Abagnale’s experience as a con-artist has made him an expert in the field of white-collar crime and he has spoken at numerous conferences and events on the subject. His story serves as a cautionary tale and a reminder of the importance of staying vigilant against white-collar crime.

Frank Abagnale Jr. is still active today, he continues to work in the field of fraud prevention and security consulting. His story is a testament to the power of redemption and the ability to change one’s ways for the better.

The real Frank Abagnale Jr. was a consultant on the film “Catch Me If You Can” and also made a cameo appearance as a French police officer.

Frank Abagnale Jr. was only 21 when he was finally caught by the FBI, but during his time as a fugitive, he had successfully passed himself off as a pilot, a lawyer and a doctor, cashed over $2.5 million in fraudulent checks, and escaped from police custody twice.

Abagnale’s story was popularized through his autobiography, which was later adapted into a feature film by Steven Spielberg in 2002.

The real Frank Abagnale Jr. was so convincing in his impersonations that he was able to pass the bar exam in Louisiana and practice law for a short period of time before being caught.

Some Interesting Facts about Frank Abagnale 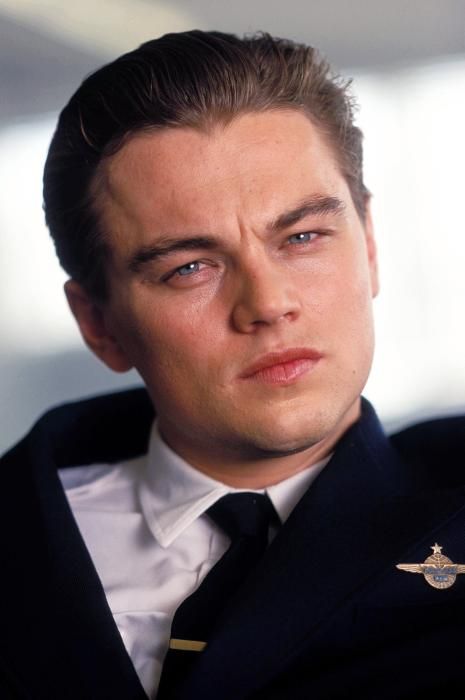 Frank Abagnale Jr.’s first successful con was posing as a substitute teacher at a high school, he did this by stealing a blank diploma and filling it out with his own information.

Abagnale’s most successful identity was that of a Pan Am pilot, as he was able to travel the world for free, stay in luxury hotels, and eat at high-end restaurants all on the company’s account. He even managed to fly as a pilot on several flights.

The story of Frank Abagnale Jr. is a fascinating and cautionary tale of a master con artist who was able to deceive many people and steal millions of dollars. However, his post-imprisonment life serves as a reminder that it’s never too late to change one’s ways and make amends for past mistakes.

His decision to become a consultant and speaker on fraud and forgery prevention shows that people can learn from their mistakes and use their knowledge and experience to help others.

Abagnale’s story continues to be studied and referenced in the field of fraud prevention as an example of the ingenuity and strategies used by con-artists. His story has been widely covered in the media, including the aforementioned book and film, and serves as a reminder of the importance of staying vigilant against white-collar crime.

Overall, Frank Abagnale Jr.’s story is a testament to the power of human will, the ingenuity of a con artist, and the importance of redemption.

Tupac Shakur: Facts About The Man Behind the Music

The Funniest Facts You Never Knew About Mr. Bean