In the 1920s, the Osage Nation was rocked by a string of murders known as the Osage Indian Murders or the Reign of Terror. Indigenous Osage people of Oklahoma had just become very wealthy after oil was discovered on their land. Sadly, avarice and corruption accompanied the sudden prosperity, and several people from the tribe were brutally murdered.

The film will delve into the history of the Osage people and the events that sparked the “Reign of Terror,” revealing the truth about the murders and the subsequent investigation.

The FBI’s role in the investigation and its consequences will also be examined in the film. The genocide of the Osage Indians was a dark period in American history that should not be forgotten. The film can be used as a reminder of the past and the valuable lessons it holds. 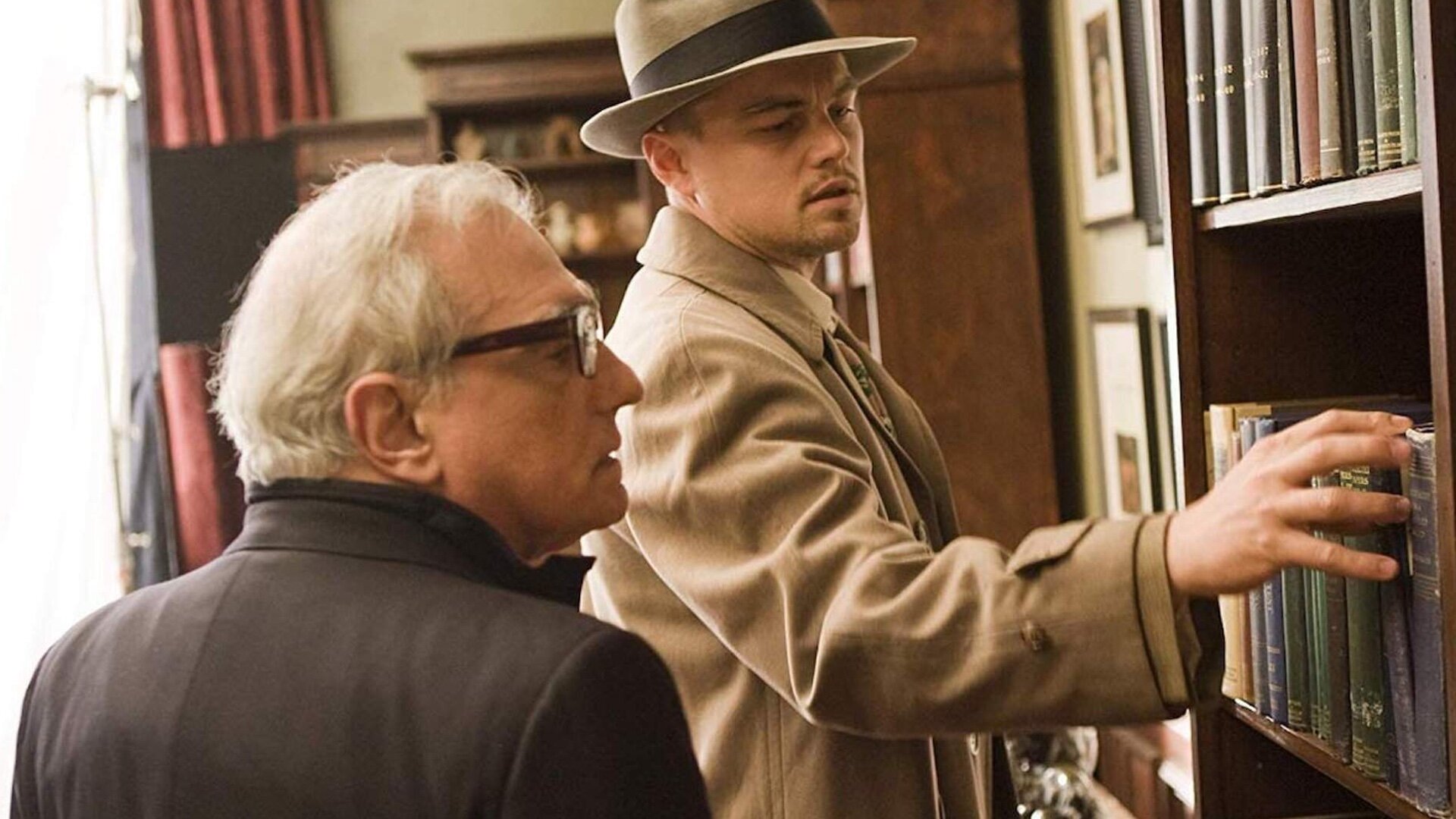 Background information is a crucial aspect of understanding the Osage Indian Murders. The Osage Nation is an indigenous tribe that has lived in present-day Oklahoma for centuries. They have a rich history and culture, but their lives were forever changed by the discovery of oil on their land in the early 20th century.

With the newfound wealth, many members of the Osage Nation became rich overnight. However, this sudden wealth also attracted greed and corruption, leading to a rise in crime and criminal activity within the tribe.

The Osage Nation’s wealth also made them targets for outsiders looking to take advantage of them. White settlers, businessmen and even law enforcement officials began to scheme and scheme to get their hands on the Osage’s wealth. This led to a pattern of exploitation, fraud, and murder.

The murders began in 1921 and continued for several years, targeting primarily Osage Nation members who were considered wealthy due to their oil royalties. Many of the victims were killed in brutal and senseless ways, and their deaths were often made to look like accidents or suicides.

The investigation into the murders was hindered by corrupt officials and a lack of resources, leading to very little progress being made in solving the crimes. The Osage Indian Murders were one of the most notorious unsolved murder cases of the time, and it was not until the involvement of the Federal Bureau of Investigation (FBI) that the murders were finally solved.

In the 1920s, the Osage Nation was rocked by a string of murders known as the Osage Indian Murders or the Reign of Terror. Murders targeting members of the Osage Nation, who were thought to be wealthy due to oil royalties, began in 1921 and persisted for several years.

Some of the victims were murdered in cold blood while others had their deaths covered up to look like suicides or accidents. Corrupt officials and a lack of resources hampered the investigation into the murders, resulting in little progress being made toward solving the crimes.

Mollie Burkhart, a member of the Osage Nation who lost several members of her family in the Osage Indian Murders, is one of the most well-known victims of the massacre. It was never fully explained how her sister, brother-in-law, and mother all died under such mysterious circumstances. As well as Henry Roan, who was found dead from a gunshot wound to the head, William “Big Bill” Smith was also a victim of the murders.

Most of the white settlers and businessmen who were suspected of carrying out the killings were interested in the oil wealth of the Osage Nation. It was common knowledge that many of the suspects had beefs with the victims or stood to gain financially from their deaths.

However, it was challenging to bring any of the suspects to justice due to the lack of progress in the investigation and the corruption among law enforcement officials.

It is safe to say that the Osage Nation has never recovered from the tragic and dark chapter of American history known as the Osage Indian Murders. It is vital to reflect on the lives lost and the circumstances of these murders in order to draw lessons for the future.

The Osage Nation and other interested parties repeatedly requested the Federal Bureau of Investigation (FBI) to investigate the Osage Indian Murders in the early 1920s. The FBI’s involvement was crucial in bringing the murderers to justice because they had the tools and knowledge required to look into the crimes in-depth.

The initial FBI investigation into the case was hampered by local law enforcement officials’ reluctance to cooperate, many of whom were thought to be corrupt and complicit in the murders. But the Bureau persisted, appointing Tom White as the investigation’s lead agent. White and his group put in a lot of effort to gather information, speak with witnesses, and find suspects.

William K. Hale, also known as “King of the Osage Hills,” and his accomplices were among the key suspects in the murders who were apprehended and found guilty as a result of the FBI’s investigation. The trials received extensive media coverage, which raised awareness of the case across the country. The convictions were viewed as a win for the Osage Nation and a step in the right direction for the families of the victims.

The Osage Indian Murders case was successfully closed and the victims and their families received justice thanks to the FBI’s investigation and convictions. It also served as a reminder of the significance of exhaustive and impartial investigations in identifying criminal activity and ensuring public safety.

Conspiracy theories about the Osage Indian Murders have been around for decades. An influential criminal group or an elite, elite-only conspiracy may have been behind the killings, according to some speculation. Others have speculated that the deaths were part of a bigger government plot to subjugate and exploit the Osage people.

Many of these conspiracy ideas are far-fetched and not backed by facts. However, they have contributed to the public’s perception of the killings and have helped spread myths and misunderstandings regarding the crimes.

In this part, we’ll take a look at some of the most popular conspiracy theories about the Osage Indian Murders, assess their validity, and discuss how they’ve affected the public’s perception of the case. While speculation might be fascinating, it’s best to stick to official reports and verified facts rather than speculation based on hearsay.

The Osage Nation and the community were deeply affected by the Reign of Terror, or Osage Indian Murders. The 1920s murders left a dark mark on American history.

The Osage Nation was traumatized and lost by the murders. The senseless killings of many families devastated the community. The murders marginalized the Osage Nation, who were already mistreated.

The Osage Nation and victims’ families celebrated the FBI’s involvement and the arrests and convictions of several key suspects. Many were frustrated that the murders continued for so long and that many suspects were never caught.

Media coverage of the Osage Indian Murders raised awareness of the Osage Nation’s mistreatment. Books, documentaries, and feature films were inspired by the case.

In sum, the Osage Nation in the 1920s was the site of a string of murders known as the Osage Indian Murders or the Reign of Terror. The tragic and dark chapter in American history was written by the murders, which targeted primarily members of the Osage Nation who were thought to be wealthy due to their oil royalties.

Corrupt officials and a lack of resources hampered the investigation into the murders, resulting in little progress being made toward solving the crimes. The murders were solved and the perpetrators brought to justice thanks in large part to the efforts of the Federal Bureau of Investigation (FBI).

Tragically, the Osage Indian Murders left a lasting scar on the Osage Nation. The murders compounded the prejudice and mistreatment that the Osage Nation was already experiencing. An important step in bringing about justice for the victims and their families was taken when the FBI became involved, and the subsequent arrests and convictions of several key suspects were celebrated by the Osage Nation as a sign of success.

For a very long time, people will think about and study the Osage Indian Murders. This case exemplifies the destructive power of greed and corruption and highlights the value of looking back in order to move forward. In order to bring perpetrators to justice and guarantee public safety, it also highlighted the importance of conducting investigations without bias.

It is crucial that we remember and learn from the tragic and pivotal events of the Osage Indian Murders in American history.

The Legacy of Jackie Brown: Interesting Facts and Trivia