The Revenant is a 2015 American survival film directed by Alejandro G. Iñárritu, who also co-wrote the screenplay with Mark L. Smith. The film is based on the true story of frontiersman Hugh Glass, who in 1823 was mauled by a bear and left for dead by members of his hunting team.

The film stars Leonardo DiCaprio as Hugh Glass, Tom Hardy as John Fitzgerald, and Will Poulter as Jim Bridger. The Revenant tells the story of Glass’s journey of survival and revenge and explores themes of determination, betrayal, forgiveness, and redemption. The film is a powerful and intense cinematic experience that teaches valuable lessons about human nature and the power of the human spirit.

The Revenant is survival

One of the central themes of The Revenant is survival. The film tells the story of a man who is left for dead by his hunting team after being mauled by a bear, and despite his injuries, he survives and sets out on a journey of revenge against the man who betrayed him, John Fitzgerald.

Along the way, Glass faces many challenges such as harsh weather, hostile Native Americans, and his physical limitations. He has to overcome these challenges and fight for his survival, all while trying to track down Fitzgerald. The film illustrates the power of the human spirit to overcome adversity and the will to survive.

The Power of Determination 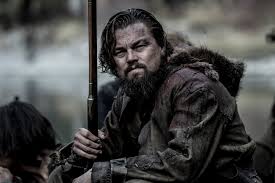 Determination is a central theme in The Revenant, as it drives the actions of the main character, Hugh Glass. Throughout the film, Glass faces many challenges that would cause most people to give up, but he never loses sight of his goal and continues to push forward with unwavering determination.

One of the first examples of Glass’s determination is when he is mauled by a bear and left for dead by his hunting team. Despite his injuries and the fact that he is alone in the wilderness, Glass refuses to give up and instead fights to survive. He uses his survival skills and determination to find food and shelter, and to keep himself alive until he can seek revenge.

The film also presents the idea that determination can also be harmful if it is not balanced with other values, such as empathy and compassion, as seen in the character of John Fitzgerald, who is determined to get rich but doesn’t care about the consequences of his actions.

The film teaches us that determination is a valuable trait to have, and that it can help us overcome even the most difficult of challenges.

The Consequences of Betrayal

Betrayal is a significant theme in The Revenant, as it serves as the catalyst for the main character’s journey of survival and revenge. The betrayal committed by John Fitzgerald, a member of Glass’s hunting team, sets the story in motion and provides the motivation for Glass’s actions throughout the film. Fitzgerald, driven by greed and selfishness, betrays Glass by leaving him to die in the wilderness.

This betrayal has severe consequences on Glass’s physical and emotional well-being, it makes him more vengeful and determined to take revenge. The theme of betrayal is a reminder of the destructive power of greed and the importance of trust and loyalty in relationships. The film illustrates the impact of betrayal on a person, and how it can shape their actions and emotions.

Forgiveness and redemption are also themes present in the film The Revenant. The theme of forgiveness is shown through the character of Hugh Glass, who ultimately forgives John Fitzgerald for his betrayal and chooses to let go of his need for revenge.

This act of forgiveness and redemption is a powerful reminder of the power of forgiveness and how it can help a person find inner peace and closure. Throughout the film, Glass is consumed by his need for revenge and it is only after he forgives Fitzgerald that he is able to find peace and move on from his past.

This theme of forgiveness and redemption serves as a reminder that holding onto anger and hate can only lead to more pain and suffering, and that forgiveness can bring a sense of closure and peace.

The portrayal of Native Americans

The use of realism in the film

The Revenant is known for its realistic portrayal of the 1820s frontier and the harsh wilderness. The film was shot in remote and rugged locations and used natural light to give the film a natural and realistic look.

The use of realism in the film extends to the portrayal of the characters and their actions. The characters are shown to struggle with hunger, cold, and injuries, and their actions are motivated by their survival instincts. The filmmakers also made sure to remain faithful to the historical context of the story.

The use of realism in the film creates a sense of immersion, making the audience feel as if they are a part of the story and helping to create an emotional connection to the characters and their struggles.

The Revenant teaches us valuable lessons about perseverance, determination, betrayal, forgiveness, and redemption. The film illustrates the power of the human spirit to overcome adversity and the will to survive. It teaches us the importance of perseverance and determination in the face of adversity, and how it can help us achieve our goals.

The film also illustrates the consequences of betrayal, and how it can change a person and shape their actions. It shows that forgiveness and redemption are not only for the person being forgiven, but also for the person doing the forgiving, as it can free them from the burden of anger and hate.

The film teaches us that even in the most dire of circumstances, the human spirit can still prevail. Glass, despite being left for dead, never gives up and continues to fight for his survival. He uses his survival instincts and determination to overcome the challenges he faces and ultimately achieve his goal of seeking revenge. The film illustrates the power of the human spirit to overcome adversity and the will to survive.

The Revenant is a powerful and intense film that tells the story of one man’s journey of survival and revenge. The film explores themes of survival, determination, betrayal, forgiveness and redemption. The theme of betrayal serves as the catalyst for the main character’s journey, and it provides the motivation for his actions throughout the film.

The film illustrates the impact of betrayal on a person, and how it can shape their actions and emotions. It serves as a reminder of the destructive power of greed and the importance of trust and loyalty in relationships.

The film teaches valuable lessons about perseverance, determination, betrayal, forgiveness, and redemption, and it is a must-watch for all those who are interested in historical dramas, wilderness adventures, and survival stories.

Reality or Illusion: Facts About The Secrets of Shutter Island

The Road to Joy: Facts about The Pursuit of Happiness